Kamala Harris, a female politician who will stay in our minds

On November 7th 2020, Kamala Harris became the first woman and the first Black and Asian person to stand as vice-president of the United States of America. An unforgettable event, which is a promising hope and optimism for a so dividedUnited States. So, shall we focus on her impressive career ?

A Jamaican economy teacher and an Indian oncologist’s daughter, Kamala Harris was born on October 20thin 1964 in Oakland, California. After her parent’s break up, she moved to Canada with her mother and her sister until the end of high school.

A brilliant student, Harris came back to the United States and joined the Howard University in Washington to study political sciences. After graduating, she joined a law school in the Hasting University in California, and then she obtained her law degree.

In 1990, Kamala Harris started her career as an attorney assistant in Alameda County, California.

Indeed, Kamala Harris is known for being a “pioneer”. After two terms as attorney in San Francisco, 2004-2011, Harris was elected twice as the California attorney general, 2011-2017. As a result, she became the first woman and the first Black person to lead judicial services of the most populous State of the country. Such a great start in her professional life.

However, in parallel with her procurator terms, Harris started her political career in 2015 when Barbara Boxer, the Democratic senator, told that she would not be a candidate to the next election in 2016. Consequently, Harris was the first candidate to run at the senatorial elections that she won in November 2016 with 61,6% of California’s senatorial votes. Therefore, she became the secondBlack senator in the United States history.

At the beginning of 2019, Kamala Harris announced her nomination in the Democratic Party for presidential election in 2020, but in December she wanted to leave the election because of insufficient funding. So she decided to ally with Joe Biden and he nominated Harris as his running mate the 11th of August 2020, a very symbolic choice which echoes with the U.S actual context, characterised by a big protest of racism and the famous movement “Black Lives Matter”.

Kamala Harris and Joe Biden, celebrating their victory on November 7, 2020 in Wilmington (photograph by Andrew Harnik)

… however criticized in the past

Nobody is perfect, that’s the thing showed by the witnesses of Black activists in her old jurisdiction when Harris was procurator. They say that Harris gave little interest in defending the Black and the poor populations and that she was neutral when dealing with racist crimes or judicial mistakes. They also accuse Harris of being hard in her positions of minor offences ’punishments.

One could admit that Kamala Harris’ portrait is less charming if we look at this side of her past, yet, must we reconsider Biden’s choice?

Since all those years, Harris has changed and she took progressive steps, as for example fighting against police brutality, and a mandatory police formation against discriminations. Over the last few years, Harris has taken into account the climate, the education, the immigration and the minimum salary. Here are some things to comfort the most sceptical people.

The vice-presidency held by a Black and Asian woman has not left the population indifferent! Indeed, Harris is a powerful symbol in the feminist struggle, because until now, she has been the first female vice-president, and she doesn’t expect to be the last.

In her speech during the victory of Biden and her, Harris pays a tribute to all the women and all the little girls, and she promised this thing: “But while I may be the first woman in this office, I will not be the last”.

“What this moment means for women,” speech by Kamala Harris, November 7, 2020

… but also a hopeful symbol in the fight against racism

The violent revolts against racism as well as the movement “Black Lives Matter”, born because of George Floyd’s murder, have shaken the United States for a time. A vice-president from the minorities is a major advantage for the struggle against racism and it can bring some improvements.

Moreover, a viral illustration from Bria Goeller, a graphic artist and a creator based in San Francisco, perfectly shows the evolution of the fight against racism from 1960 until now.

“That little girl was me”, design by artist Bria Goeller, 2020

Kamala Harris is wearing a suit projecting a shadow which is not her own, but the shadow of a famous civil rights activist : Ruby Bridges. The first Black child who joined a school for only White people in Louisiana, beneath an angry crowd and rotten tomatoes.

From the first Black girl who joined a white school to the vice-president in suit who come to her office in order to work, hope and evolution are the key-words for the future.

Women and mix of cultures for tomorrow ?

Yes people, Kamala Harris is not the only woman who upsets the politics in the United States!

Alexandria Ocasio-Cortes (surnamed AOC) is a 31-year-old woman, she was born in the Bronx and she is from the Puerto-Rican immigration. She has been elected at the Chamber of Representatives in the Democratic Party.

Before her nomination, she collected insecure jobs (waitress, educator) in order to help her mother to pay the bills, Alexandria openly proclaims herself as a socialist. Thus she is determined to change the political landscape in the United States, to transform it in a truly equity by representing all social classes.

AOC intervention on July 23, 2020 in the House of Representatives

That’s some news which brings happiness and hope in our hearts, and it’s important especially in that time of crisis. 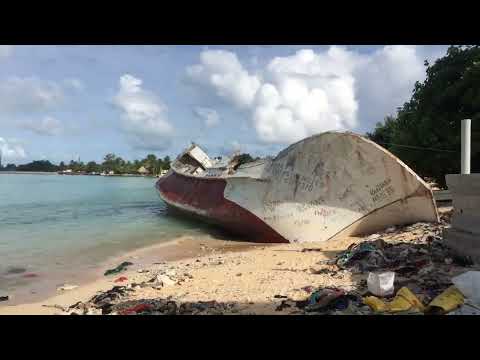